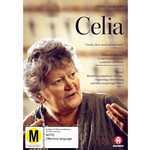 Celia Lashlie was a fearless, impassioned and charismatic advocate for the at-risk and vulnerable.

In this documentary, she lays it all out in an honest and heartfelt way that inspires us all to make a difference in our own lives and to the communities that surround us.

The film's director and producer, former TV current affairs journalist Amanda Millar followed Lashlie's career over 15 years and captured the crusader as she confronted bureaucracy and challenged the establishment.

When Lashlie received a terminal cancer diagnosis in late 2014, she invited Millar to film the final year of her life so that her uncompleted work could continue after her death. The end came much sooner than expected. Celia Lashlie's final interview, filmed just two days before she died, provides the heart of this inspiring portrait.