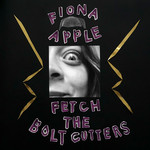 Fetch The Bolt Cutters is the fifth studio album and her first release since 'The Idler Wheel' in 2012. The album was recorded from 2015 to 2020, largely at Apple's home in Venice Beach. It was produced and performed by Apple alongside Amy Aileen Wood, Sebastian Steinberg and Davíd Garza; recording consisted of long, often-improvised takes with unconventional percussive sounds.

Song For Our Daughter