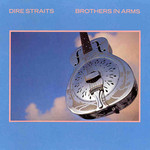 One of the most popular CDs ever released, digitally re-mastered. A classic legacy to a phenomenal band who have a special place in many people's hearts.

"Originating from Deptford, England, in 1977, Dire Straits emerged from the British "pub rock" scene, and by the mid-'80s had become one of the most successful "pop" bands in the world. The highly talented guitarist and songwriter Mark Knopfler had teamed up with younger brother David (also on guitar), bassist John Illsley and drummer Pick Withers, to form the band - which was named after their usual financial status at the time!

After much touring, they were discovered by London radio DJ Charlie Gillett, which led to them being signed by Vertigo Records… and the release of their self titled debut LP in 1978. 'Dire Straits' was a brilliant introduction recording, with Mark Knopfler penning great tunes, such as the enduring hit "Sultans Of Swing". The refined, bluesy sound of this first release struck a chord with listeners worldwide and the album became a top seller.

With the demand for more Straits music, the band released 'Communiqué' the following year, which featured the songs "Once Upon A Time In The West" and "Lady Writer". By now Mark was clearly the dominating talent of the group, and his brother left the band, due to musical and sibling differences. (After this, the line-up changed quite frequently - Mark Knopfler and John Illsley would be the only constant members in the ensemble's history).

In 1980 Dire Straits released 'Making Movies', which included "Tunnel Of Love" and "Romeo & Juliet", further highlighting Mark Knopfler's superb guitar playing and laid-back vocal style. 'Love Over Gold', in 1982, took the band to another level, with added keyboards enabling a grander rock sound and lengthier compositions, creating more moods and atmospherics. "Private Investigations" is an inspired piece from this period, which easily ranks among the best songs from the band, as does the great track "Telegraph Road".

By this stage, Dire Straits were filling stadiums worldwide (as celebrated on the double live 'Alchemy' recording) and the 1983 EP "Twisting By The Pool" was a pop radio smash. However, it was the next album that really rocketed the band into superstar status - 1985's 'Brothers In Arms'.

From the riveting "One World" through to the somber brilliance of the closing title track, the fifth Dire Straits studio album has so much on offer. While there are clear-cut commercial numbers (such as the upbeat "Walk Of Life" and cruiser "So Far Away"), nestled amongst them are melancholy blues and fine folk numbers. "The Man's Too Strong" and "Ride Across The River" are classic pieces that have stood the test of time even better than the obvious favourites.

With it's remarkably catchy rock guitar riff (and guest vocals from Sting), the track "Money For Nothing" was immediately, and constantly played by Top 40 radio. Over the next year or so, the song was everywhere, especially TV, as the video clip for it introduced (for the time) state-of-the-art computer graphics. With the advent of Compact Disc technology, in addition to MTV just kicking in, the innovative songs and videos from 'Brothers In Arms' were imprinted onto the minds of established fans and a whole new generation of listeners. With such slick production, it was also an essential purchase for audiophiles who wished to demonstrate the quality of their new machines. Therefore sales went through the roof - the album was not only one of the first CDs to be produced, but one of the most popular, ever! The music of Dire Straits was fully embraced by the New Zealand public - so many of their albums sold here that there was enough for one in every household. When they played here in 1986, as a part of their world tour, they performed to a tenth of the population - the largest capacity tour in NZ history!

After this tour, the group disbanded, chiefly because Knopfler was compelled to shy away from the constant publicity. In 1990, he recorded 'Neck and Neck' with Chet Atkins, and got together with some old friends for The Notting Hillbillies project. The following year he re-formed Dire Straits for their last studio release 'On Every Street', but after more touring, the band called it quits completely.

Mark Knopfler continues to have a successful solo career, although on a considerably lesser scale, compared to the phenomenal popularity of Dire Straits. 'Brothers In Arms' remains a classic legacy to an extraordinary band who have a special place in many people's hearts and memories."
- GEOFF (30 October 2004)