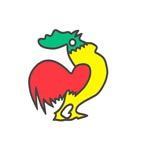 The debut long player from Wellington six-piece The Phoenix Foundation, 'Horse Power' is a sophisticated album with a well-developed sound, defying categorisation but with a unifying thread of gentle melancholy. It's a sort of eclectic blend suggesting elements of Pavement, Radiohead and Blur pale-tinted vocal harmonies glowing behind a canvas of ambient rock-pop. Meandering bass lines, gentle rhythms and melodies create a veil of sound, filmy enough to catch the breeze but too strong to push aside.

The follow up to 2001 EP 'China Cove', 'Horse Power' starts strong with opening track "Sister Risk". Setting the bar high, this song is the ultimate in finely honed indie pop, and is followed by the equally excellent "Let Me Die A Woman". "This Charming Van" is another winner; "The Swarm", "Sally" and "Going Fishing" are expressive and resounding tales of love. In fact, there's not a dud track to be seen. Even the quirky "Bruiser (Miami 4000)", apparently beginning life as a punk number and now enjoying distorted vocals and other effects, gives the listener an insight into the experimental possibilities of The Phoenix Foundation.

Recorded at The Surgery and mixed by Dr Lee Prebble, 'Horse Power' contains a multitude of odd sounds which the band seem to delight in, indulging their curiosities by recording through a microphone in a bucket of water and from inside an oven, as well as employing "any dinky thing that might make a cool noise". The overall sound is beguiling, sincere and compelling, and these qualities are particularly enhanced by the vocal and lyrical talents of Sam Scott and Luke Buda. A slow burner, once it catches it keeps on smouldering.

On the Sun
more suggestions…