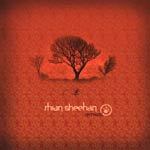 'Music For Nature Documentaries' is the stunning 3rd release from internationally acclaimed Wellington producer Rhian Sheehan. Of late Rhian has been sending tunes out to fellow musicians here and abroad who have been re-mixing, mashing and re-making tunes from his 'Tiny Blue Biosphere' and 'Paradigm Shift'.

Rhian Sheehan's success overseas has been flourishing, with releases on the massive selling Cafe del Mar compilations, as well as licences to MTV and the BBC.