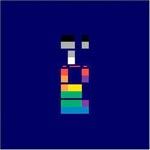 Coldplay's hugely anticipated new album, 'X&Y', is the follow-up to 2002's 16-million selling 'A Rush of Blood To The Head' and includes the fantastic single "Speed of Sound".

X&Y was recorded at studios in the UK and has been produced by Danton Supple (Morrissey, Elbow), Ken Nelson (Badly Drawn Boy, Kings of Convenience) and the band themselves.

'X&Y' is a big album in every sense of the word. The songs are huge. The music is sometimes quiet and intimate but at other times builds to a massive, layered sound that breaks new ground for Coldplay. The lyrics are about big subjects like life and death, love and loss, about being fascinated by the world around us but also about accepting that some things can never be fully understood.

From emotional roller coasters to rocky and electro-tinged songs, the band believes this album is a raw statement of them being true to themselves; for this, their third album, it took a marathon 18 months' work before they were ready for the last-minute creative sprint to the finish line. But when you're passionate about your music, you do whatever it takes. 'X&Y' has definitely been worth waiting for.

"Square One" :Probable single. Built around a subtle electronic drum beat reminiscent of Brian Eno or Berlin-period Bowie, the song builds into a huge chorus featuring massive guitars and organ. Like Radiohead's "Paranoid Android", it sounds like their most ambitious and possibly best song yet.

"What If": Starting with a simple piano, a fragile-sounding Chris sings, "What if you decide/You don't want me there by your side... in your life". This album's "The Scientist".

"Talk": A possible B-side to the first single, "Talk" takes the riff from electronic music legends Kraftwerk's "Computer Love" and builds a completely new song. It keeps the mechanical beat of the original but adds a huge guitar and dancefloor filling bass-line. Stadiums won't be big enough to contain it.

"'Til Kingdom Come": This was written for Johnny Cash, but he died before he could record it. Coldplay's version is a sweet Dylan-esque folk song on acoustic guitar. "For you I'd wait til kingdom come/Until my days, my days are done." Chris vows.

"X&Y": The dreamy, synth-heavy song features the chorus, "You and me are floating on a tidal wave together/You and me are drifting into outer space." Beatles-style strings suddenly appear towards the end, and the anthemic singalong "woo-hoo-hoo" outro is set to become the sound of the summer festivals.

"The Hardest Part": A classic Coldplay love song about loss and heartbreak, in which Chris sings, "The hardest part was letting go, not taking part."