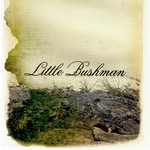 Little Bushman
The Onus of Sand

This NZ group - led by local hero, Warren Maxwell (previously of Fat Freddy's Drop & Trinity Roots) - use influences from the experimental, psychedelic rock era of the 60s and 70s: Led Zep, Jimi Hendrix, The Who and others, to create a journey without sounding contrived.

Little Bushman is the new band led by a man fast becoming a New Zealand musical hero to many, Warren Maxwell. From his time in one of NZ's biggest indie bands Fat Freddy's Drop, to his stint as frontman of one of our countries most dearly held underground groups, Trinity Roots, Maxwell has made his musical presence keenly felt.

His heartfelt songs, direct way with a lyrical phrase and down-to-earth everyman nature have struck to the heart of many NZers, so his popularity among our recognised musical heroes - Dave Dobbyn, Neil Finn, Bic Runga - should come as no surprise; while his onstage persona alone has been enough to convert hundreds of loyal listeners.

'The Onus Of Sand' is the debut album from his new group, a 4-piece band capable of conjuring up the spirit of the famed psychedelic blues and rock players, while also stretching out and exploring a uniquely NZ take on dirty rock 'n' roll and roots.

It's a self-proclaimed journey into music influenced by the psychedelic rock era of the '60s and '70s, yet the sounds seem deeply rooted in the here and now. 'The Onus Of Sand' is an incredibly powerful album, packed with touching songs.

The album was written, arranged and produced by Little Bushman, with Aidan Mills [Opensouls] at the boards at Level 2 Studios in Wellington, while the famed Mike Gibson completed the mastering at Trident Studios, also in Welli.

"I think that when we are engaged in our music, whether it be in the studio or performing live, our first concern is the dynamic direction of the song. 'Where is it going to peak? Where will the quietest point be? Draw the audience in here… Blow them out there'. We collectively try to create a journey without sounding contrived and have made a conscious decision to use influences from the experimental, psychedelic rock era of the 60s and 70s: Led Zep, Jimi Hendrix, The Who. It is inside their poignant creations that we find the perfect balance of social concern and a 'no fear' form of expressionism. Love, hate, turmoil, moonbeams, politics, family, pegasus and the universe. All of the above - with the lights off. Unashamed self indulgence, resulting in sated emotional exhaustion… beautiful."
- Warren Maxwell, Nov. 2006