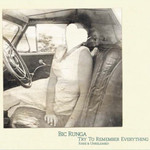 Bic Runga
Try to Remember Everything

Three years on from the recording of the multi award winning 'Birds', Bic releases this eagerly awaited collection, which brings together some brilliant previously unreleased songs and alternate versions of hits from her incredible career.

Now, three years on from the recording of 'Birds', Bic releases this eagerly awaited collection. 'Try to Remember Everything' brings together some brilliant previously unreleased songs and alternate versions of hits from her incredible career - rare Bic Runga recordings from 1996 to 2008.

"So much was recorded between these years and it was a great discovery to go through some 30 boxes of sessions that Sony had in storage. I'm glad to have had a look back and a second chance to release these tracks. Many are out takes from the studio records, some are live performances on the radio which I remembered felt good at the time. Some are old demos. All are songs that I'm happy for you to now have in your hands."
- Bic Runga

'Try to Remember Everything' also features a brand new song called "Everybody Must Love" (recorded in the US) and a new recording of "Strangers Again" (written and originally recorded by 80s Dunedin band, Sneaky Feelings).

Since emerging at 19 years old with her debut single "Drive", Bic has become a true international artist taking her to the top of charts at home and around the world. 'Try to Remember Everything' is an essential addition to the Bic Runga catalogue. Meanwhile Bic writes and prepares for her next album, due for release in 2009.

In Swings the Tide
more suggestions…