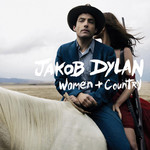 The album includes the lead single "Nothing But the Whole Wide World", and features guest vocals from Neko Case and Kelly Hogan.

Jakob Dylan is the son of singer / songwriter Bob Dylan, and the lead singer of the rock band The Wallflowers.

1. Nothing But The Whole Wide World
2. Down On Our Own Shield
3. Lend A Hand
4. We Don't Live Here Anymore
5. Everybody's Hurting
6. Yonder Come The Blues
7. Holy Rollers For Love
8. Truth For A Truth
9. They've Trapped Us Boys
10. Smile When You Call Me That
11. Standing Eight Count