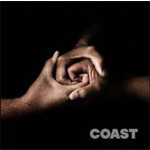 Encouraged by their success, and driven forward by their ties to each other, Coast have developed their deep and complex sound, captured on their self-titled debut release.

Encouraged by their success, and driven forward by their ties to each other as both bros and bandmates, Coast have developed their deep and complex sound, captured on their self-titled debut release.

Like a well-crafted puzzle where each piece snugly fits, Coast intuitively blend a roll call of genres from dub to funk, rock psychedelia to reggae/roots creating a resonance, that is both familiar to the kiwi ear and captivating in its passion-infused delivery.

With the band members' strong bond being the glue that binds them, Coast have solidified their unity with the ultimate gesture the "bro shake", visible on the album's cover.

Heartfelt, genuine and lively, Coast's music is sure to get heads bobbing and bodies skanking.

"Coast's music can take off on some unexpected tangents... they dip into pockets of jazz, funk and even psychedelia, while all the time maintaining that deep pulse that would seem to be reggae's enduring legacy."
- Nick Bollinger

Bring Back the Days