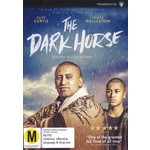 Genesis Potini is a wildly charismatic, bi-polar suffering former chess champion, at a crossroads in his life. Gen is released from a psych ward and given a last chance at life in society. With nowhere else to go, he moves into his gang brother's house. Seeking "something positive" to keep him out of the ward, Gen joins a chess club for displaced youth and on a whim announces that he will lead them to a national chess tournament in six week's time. On his quest to help the kids, Gen must overcome violence from within the gang world, resistance in the community, and the ever-0present threat of his own bipolar demons.