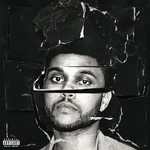 The Weekend
Beauty Behind The Madness

Grammy Award-nominated multi-platinum alternative R&B trailblazer The Weeknd's new release Beauty Behind The Madness, which saw a #1 debut with the iTunes pre-order, has been one of the most anticipated albums of 2015.

2015 has already been a breakout year for THE WEEKND with three tracks currently in the Top 25 of the Billboard Hot 100. "Can't Feel My Face" is also seeing huge global success with the track debuting Top 5 in over 33 markets including Canada, Australia, New Zealand, Sweden, Denmark and Poland. Written by THE WEEKND and co-produced by pop powerhouse Max Martin, it's no surprise that the track is already being hailed as the best song of 2015 by outlets like USA Today and Radio.com.

The year started out with a bang with "Earned It (Fifty Shades of Grey)", The Weeknd's contribution and first release from the chart-dominating Fifty Shades of Grey Original Motion Picture Soundtrack. The single recently achieved triple platinum status as certified by the RIAA and has spent 27 weeks on the Billboard Hot 100. "Earned It (Fifty Shades of Grey)" reached #1 on Spotify and was the "#1 Most Shazam'ed Song in the World," being Shazam'ed over 3 million times and occupying the Top 5 on the music discovery app for five weeks straight. Internationally, the track has also reached Platinum status in Sweden (x2), Netherlands (x2), Norway, Denmark and Canada plus Gold status in the UK, Australia, Mexico, Switzerland, and New Zealand.