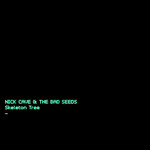 The album began its journey in late 2014 at Retreat Studios, Brighton, with further sessions at La Frette Studios, France in autumn 2015. The album was mixed at AIR Studios, London in early 2016. The recording process was filmed by Andrew Dominik. One More Time With Feeling was the resulting documentary.

Originally a performance based concept, One More Time With Feeling evolved into something much more significant as Dominik delved into the tragic backdrop of the writing and recording of the album. Interwoven throughout the Bad Seeds' filmed performance of the new album are interviews and footage shot by Dominik, accompanied by Cave's intermittent narration and improvised rumination.