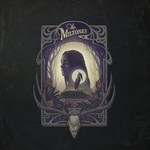 Starting life as a duo centred around front woman Milly Tabak and lead guitarist Liam Pratt, the group has expanded to a five-piece over the years, and have together been refining their sound while leaning on classic influences that include the likes of Fleetwood Mac, Neil Young and Ryan Adams.

A Love So Beautiful