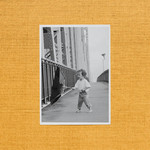 A phenomenal talent, Jordan Rakei is a 25 year old New Zealand born and London based multi-instrumentalist, vocalist and producer whose distinct take on Soul captures a sonic and emotional awareness many artists spend their entire careers chasing.

Jordan has furnished a name for himself in the UK, collaborating with the likes of Loyle Carner, FKJ, Tom Misch, Taku - musical like-minds experimenting on the fringes of Jazz, Soul and Hip-Hop - and lending vocals to the Disclosure album Caracal after the duo were tipped off by a friend who had seen Jordan play a tiny basement bar in Australia. He is equally respected by the jazz fraternity - collaborating with Alfa Mist, Richard Spaven (4 Hero, Flying Lotus, José James) and United Vibrations (featuring Yussef Dayes of Yussef Kamaal fame).

Newly signed to Ninja Tune, Jordan Rakei has battled his inner demons and written an inspirational, soul-stirring record in the process.

Wallflower frames soul and jazz in a truly vibrant oeuvre simultaneously recalling his predecessors The Roots and peers Nick Hakim, The Internet and Hiatus Kaiyote. The record shuffles from modern Soul to Jazz and electronics, material that continually reinvents itself.

Wallflower sees Jordan edging beyond the peripheries of the genial, often sun-flecked sound his fans have come to know him for. The easy swing that has been the backbone of his sound from the outset is ever present, harking back to teenage days spent in his bedroom with his beloved MPC trying to emulate 9th Wonder and Pete Rock. On Wallflower the tools and the process have evolved - the focus is on live instrumentation - but the groove and the cadence are unmistakable.

Jordan considers Wallflower his most personal work yet - it's an emotive opus inspired by his own struggles with introversion and anxiety. Sonically lush and complex, yet lyrically relatable and unguarded, listeners are offered a glimpse into the mind and artistry of a musician who grapples with his own self- image and fears every day. On Sorceress (recently supremely reworked by Photay) the ego is personified as a sinister and controlling spirit figure led by equal parts understated ethereal guitar and Jordan's superb multi-layered vocals. New single Nerve, featuring Dave Okumu of The Invisible on guitar, is upbeat and incites a sense of renewal as its lyrics call out the fallacies within self-constructed paradigms.