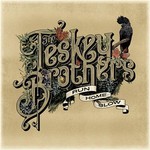 Having vaulted into the hearts of old-school music lovers everywhere with their raw soulful debut album, the band has since toured extensively around the globe, mesmerizing audiences with their powerful live show. Over the 11 wide-ranging tracks on Run Home Slow, The Teskey Brothers more than deliver on the promise of their first record, Half Mile Harvest (2017), and manage to pull off a feat that has eluded many other bands. They have followed up a breakthrough debut with an album that not only pushes their music in new directions, and in the process solidifies their sound into something truly their own, but they've done it without sacrificing any of the charm and authenticity that endeared them to their ever-growing audience in the first place.