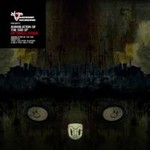 Optimus Gryme
Annihilation of the Ego

Charlie B (A.K.A. Optimus Gryme) is a self-taught producer who has been tapping away on beats for just over a decade. This is his debut EP, featuring Billy Fluid who has been billed by many as New Zealand's most gifted freestyler.

Charlie B (A.K.A. Optimus Gryme) is a self-taught producer who has been tapping away on beats for just over a decade. In 1998 he started experimenting with trip-hop & breaks, but it was his love for cutting edge breakbeats and massive basslines that drew Charlie into the world of drum 'n' bass in 1999. Since then he has immersed himself in all things "phat"! Charlie has a unique drive & passion for beats. He has truly dedicated his life to music, and given it all he has over the past ten years; there is no doubt that he does it all for the love.

This debut release entitled 'Annihilation of the Ego', although only a four track EP, spans the various corners of the dubstep framework. Charlie knew it was going to be a challenge, as he wanted to make a quartet of totally different tunes, but at the same time have them sound cohesive when listened to in the entirety of this mini-album.

The first tune, which incidentally is the title track, amounts to a smooth roller that incorporates sounds from dub as well as drum 'n' bass. The next piece, "A Billy" features raps from Billy Fluid who has been touted by many as Aotearoa's most gifted freestyler. Out of all of the compositions presented here, this is definitely the dancefloor banga! It mixes hip-hop style breaks with jungle amens and the classic wobble bassline that has become so popular on dubstep dancefloors everywhere. Track three, entitled "While You Were Sleeping", is another heavy dancefloor tune, and definitely not for the faint hearted. It's crushing breaks, massive sub-line and airy pads are enough to send chills up anybody's spine. The recording finishes with "Immortal", an enchanting cut with angelic vocals, silky strings and a soothing bass groove. This one was written for the Music for Mauis organization and features authentic samples from actual Maui dolphins. It's the perfect song to conclude an EP that covers such a vast musical spectrum in just over 20 minutes of audible goodness.

1. Annihilation of the Ego
2. A Billy (Feat. Billy Fluid)
3. While You Were Sleeping
4. Immortal

In a Quiet Storm